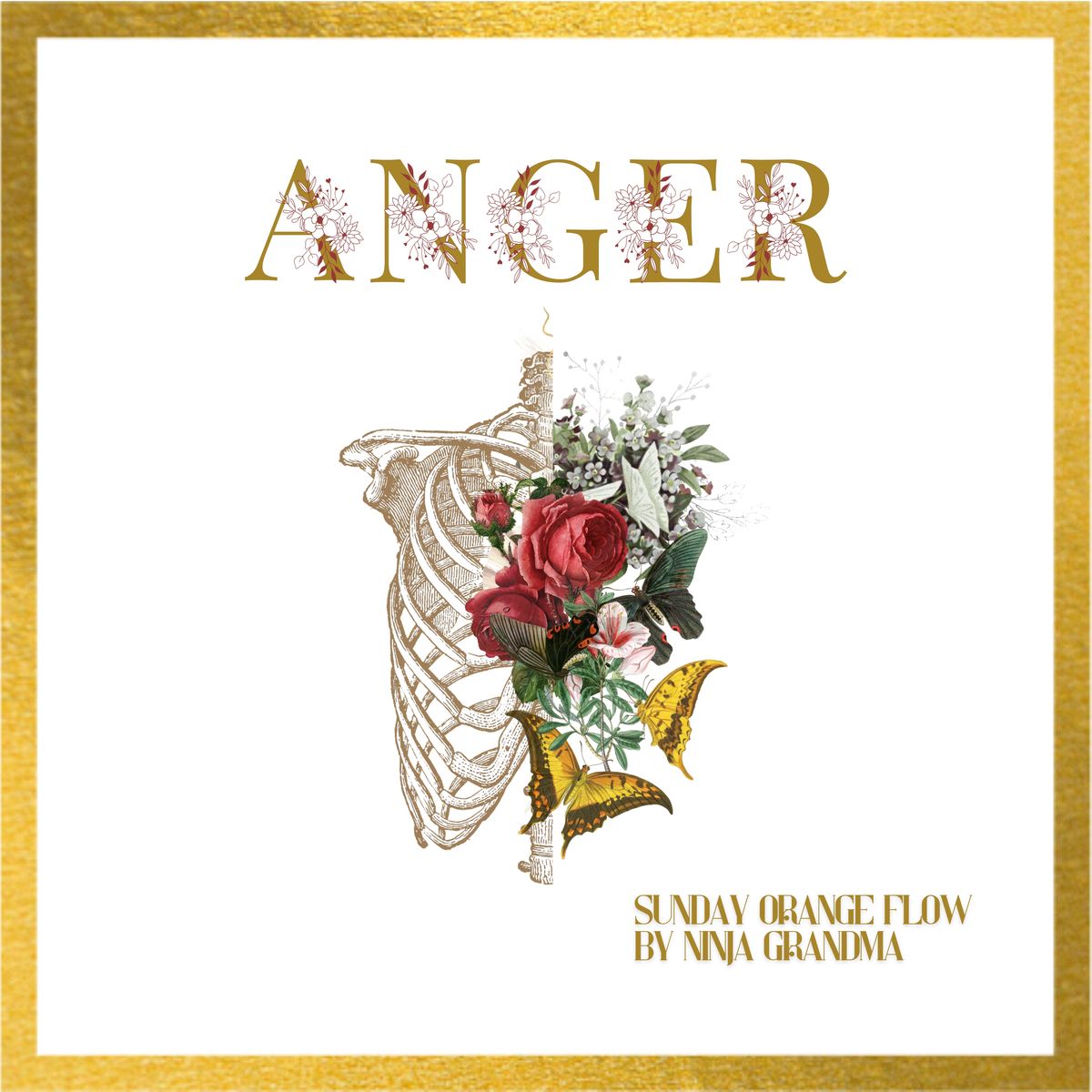 Anger is one of my favorite emotions, one full of beauty.

The sentiment goes over poorly with most people I suggest it to. It seems to be one many avoid thinking about; they often change the topic quickly. Anger is good and beautiful? If we haven't met, they might assume I'm a nasty angry lady lashing out at others, instead of one of the more cheerful people they've met.

Some ancient wisdom; “Be angry, but do not sin.” Biblical, that. My mom said it often to us, from young ages. She allowed us anger, and from an early age I was taught it is not a dark emotion. By the logic of that statement, it is not sin, not evil, not bad. There is no puzzle to good gods getting angry.

Yet, by the rest of the warnings passed down to us from ancient traditions and new sciences alike, we also know anger is dangerous, not least to ourselves. No argument there. You’d better be damn careful with it. Anger can harm much.

I got rid of my anger once.

And while it felt nice to feel no anger, it was quickly apparent it was at the cost of feeling nothing. I was a shell, and it was only the day I re-embraced my anger that everything else came flooding back as well; anger, happiness, sadness, joy, horror, love, hope, fear, excitement, hatred, cheer, gratitude.

You can get rid of your anger if you want, but you are going to get rid of every other feeling in the process. Personally, I do not recommend it.

Emotion is beautiful. Anger is no exception.

It’s the type of beauty you find in a well-made knife, a work of art. As such, it has the oft-considered potential to harm it’s bearer. But knives also harm enemies, and those you wish to protect from; swords and daggers. More than that, though, they can also be scalpels used to heal, or cooking knives used to nourish. Anger is a knife, to be respected, to be used for a well-lived life.

Well-made knives are an art form. I visited an Asian country years back, and one of the places we went was a large body of water containing multiple villages. Each village had their own craft they produced. One village boats, another lotus silk and woven fabrics, one lacquer, next cheroots. The skills were passed down through families. One of these villages did metalwork; bells, bowls, tools, knives. It was while watching three men coordinate their bodies to hammer a red-hot knife one after another in a circle, nearly too fast to follow, producing in the end knives with blades and handles decorated with functional and appealing designs, that the art of knife-making was seared into my mind.

One of the best demonstrations of the beautiful art of anger is in The Avengers movie, courtesy of Joss Whedon. At the start of the movie it becomes apparent that somehow Bruce Banner has learned to control the anger that turns him into The Hulk. No matter how much other characters provoke him, he simply will not lose his temper. Captain America asks him repeatedly what his secret is; how is he controlling his anger? How is he staying in the state of healer, of creative intelligent doctor?

It is only when the characters need The Hulk to appear on command that Bruce Banner reveals the secret to attaining his calm, gentle control: “That’s my secret—I’m always angry.” He has learned the skillful artistry of anger and, paradoxically, it proves to be one of the strongest paths to gentleness. And whether it is being used for healing, for nourishing, or for fighting friend or foe, it is powerful.

Did I mention you’d better be damn careful with it? You’d better study it, learn it’s intricacies, learn the skills to wielding it. Anger is a knife, and it will easily cut you.

A Kukri is a Nepali knife with a unique shape. I’ve watched them used to butcher goat or chicken for dinner, I’ve seen videos of them slicing through flesh in ways that might scare me more than bullets, and I’ve heard tales of men who learn the skill of catching them bare-handed in mid-air as they fly toward them. Art and skill and years of practice.

Anger's beauty is the type you find in fire, that can warm your home, or just as easily burn it down. It can power an engine to produce drive, or explode as a bomb and demolish everything you've built within its vicinity.

Have you learned the skills of wielding anger? What it does to your physiology, the chemicals it releases into your body? The way it changes your thought patterns and what you remain capable of thinking, or the way your ability to reason dissipates? The way it changes your fine motor skills? Have you learned what causes it in you? How about how to choose to breath in ways that stop the release of hormones necessary for anger, in order to calm down? The different flavors of it: the cold ones, the hot ones, the strategic ones, the mindless rage-filled ones? Have you learned how you perceive anger in others, that those with PTSD perceive neutral faces as angry faces? How your anger affects the bodies and minds of others exposed to it? How bitterness can destroy your life and relationships? Have you learned how to be angry, but to not “sin”, to not harm the innocent, to be gentle and effective and powerful? To use it to heal, to nourish, to destroy, to separate? Have you learned how and when it can harm you, and when it ought to be set down? That you can isolate it to your body, or to your mind; that the physiology of your body tells you things you need to know, but letting that control you is optional? Have you learned that ten parts sadness can convert to one part anger, that this is why those with unbearable sadness become angry and why those with anger must slowly feel their sadness to release it? Do you pick it up with aggression when it's time to fight? Are you appropriately angry for different situations; that spilt milk, inability to control others, or an inconvenience are not the times for it, while someone assaulting another (including yourself) is? Have you learned to prevent anger from consuming you?

Krav Maga teaches fighting technique, but more than that they teach people that anger and aggression will compensate for mistakes in technique. I once told an instructor I'd be afraid to lose control like that. But the interesting thing many discover during their study of martial arts is that learning to lose themselves to aggressive anger in the correct situation leads to an easier time staying calm when that anger and aggression is unwarranted. The possession of the knife of anger is similar to the possession of a gun; it gives many a calm sense of power that negates the need for anger when unfitting. The warmth of its fire can give soft fluidity instead of sharp and frozen rigidity.

“Evil is allowed to exist because good men do not get angry enough.” There are things in this world that if you are not angry about, you are, quite simply, inhumane and full of cruelty. There are things in the world that deserve anger, and when you acknowledge them and feel angry toward them, they put into perspective the many things that are not. It can be that simple. And it can, as the Hulk knew, be the source of gentleness, kindness, warmth, and self-control. Have you harnessed it to create a warm, quiet and loving life?

Anger is dangerous. It is a necessary skill to being a dangerous good person, to healing in this world. As emotions go, it is vibrant, a color to paint with.

When you first learned about Bitcoin, when it finally sank in why it is necessary and what the real fiat monetary situation is, how deeply it hurts us and others sharing this world with us, as well as how far beyond our control it is; what did you feel?

Because I felt anger. And I am not going to run from that or avoid it. For this, and other reasons, I am always angry. It is something I am going to use, giving it the careful respect it deserves as a dangerously useful tool. It's something I'm going to practice handling, acquiring the skills necessary to constructively use this incredible emotion, to do what I can to artfully build tomorrow’s world.

We all know I am not the only one. 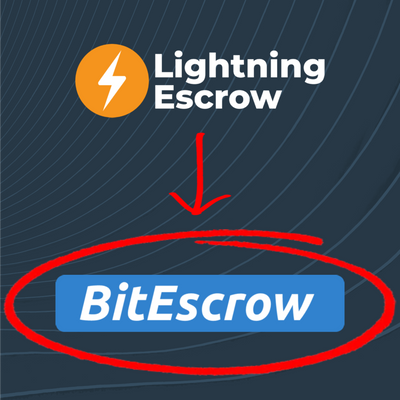